Our latest Footwear, Workwear, and Fall Arrest catalogues are available for download.
Please select the required catalogue or get in touch with us. 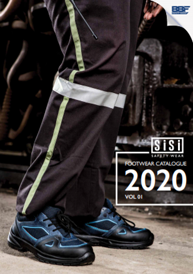 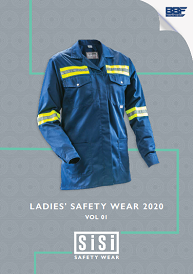 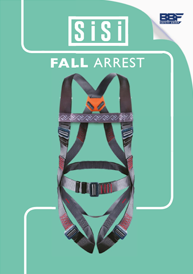 Four Industries In South Africa Where Women Are Making Their Mark 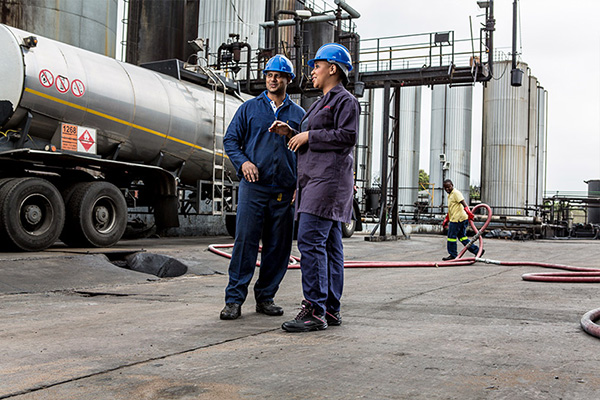 It’s no secret that females in South Africa have already started to make their mark on the working world. According to the “Status of Women in South Africa Report” released by the SA Government in 2016, female employment rates are rising at 2.5% per annum. This rise has been attributed to several factors:

As a result of the aforementioned factors and a few others, industrial professions have seen more and more females eager to make a name for themselves and a positive contribution to our economy.

This increasing amount of females working in industrial environments created a need for female specific safety items. Based on the female anatomy, traditional safety gear often fell short because it was primarily designed for men. It’s for this reason that PPE (Personal Protective Equipment) like women’s safety boots, more feminine overalls, and even ladies’ safety gloves came to be. It also made way for brands like Sisi to stand beside the ambitious women making a mark on their chosen industry.

So, with a newfound sense of determination and perhaps even the help of female-orientated safety gear, here are four industrial professions in South Africa where women are proving their worth:

Mining
Although few women are working inside South African mines, there are many who work behind the scenes in office and administrative positions. From the Human Resource Department to the management of some of the world’s biggest mines, women have made an indelible mark on the industry. Their abilities to organise and solve some of the toughest problems place them high on the list of potential employees. When it comes to board representation, the mining industry offers some of the greatest gender equality. This is according to PricewaterhouseCoopers, who maintain that the boards of 21.05% of South Africa’s top 100 companies are made up of women. The ultimate female in South African Mining is none other than Brigitte Radebe. Not only has she helped bring important legislation into mining, but she’s Africa’s richest woman, too!

Engineering
South African women are taking on the engineering world as well. Whether it’s architectural, civil or chemical engineering, females have proven that they’ve got what it takes and more. Over the last 11 years, Mining Review Africa claims that more women have entered the engineering field than ever before. Having proven that they can step up to the plate in a rather demanding industry, South Africa has had several success stories when it comes to female engineers. A notable one is that of Nonkuleleko Nyembezi-Heita. Hailing from Pietermaritzburg, she is Forbes’s 97th most powerful woman in the world. Since 2008, she has been the CEO of a subsidiary of ArcelorMittal, the largest steelmaker in the world, owned by the Mittal family of India.

Agriculture
Although it’s deemed a fairly unglamorous industry, females haven’t shied away from farming and according to agricultural statistics released by Statistics South Africa; our country’s women are more likely to be involved in subsistence farming than any other type. Within this realm, Kenalemang Kgoroeadira has found her calling, using her profession to empower women. She founded the Thojane Organic Farm in 2009 and at the age of 61, she was awarded the title of “best subsistence producer in South Africa”, by The South African Government’s Department of Agriculture. Some of the produce farmed at Thojane is donated to hospices and the rest of it is sold as quality organic produce.

Business
Forget what you heard, the business world is for women, too. According to Gugu Mjadu, spokesperson for Sanlam, South Africa is actively seeking to support women, which is why we’re seeing so many female entrepreneurs on the rise. As the home of a host of impressive businesswomen who push the boundaries and don’t take no for an answer, South Africa has produced several respected businesswomen. Jenna Clifford of Jenna Clifford (Pty) Ltd. heads up a jewellery empire that has created custom pieces for many celebrities, including Venus and Serena Williams. In her spare time, she is passionate about using her reputation to make a difference. Her love for animals pushed her to create of her own charity, the Jenna Clifford Rhino Project that funds rhino conservation and fights poaching. With the right balance of focus between growing the economy and giving back to our communities, we can be proud of female business minds, like Jenna.

So, there you have it. Local ladies are doing great things and definitely going places. With a league of such tenacious ladies driven to uplift our nation, there’s no doubt that the future of South Africa is going to be as bright as theirs is. As much as we’ve enjoyed watching their rise thus far, we look forward to what’s still to come.

At Sisi Safety Footwear, we believe that the way you look affects the way you feel. That’s why we’ve created a range of safety footwear, designed on women’s specific moulds, using the latest trends and designs. For more information on our footwear range visit www.sisi.co.za.